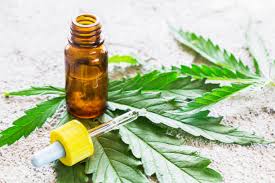 People from all walks of life are demanding access to a remarkable healing substance contained in a plant that was held hostage from more than 70 years. It benefits are staggering. This remarkable oil helps reverse Alzheimer’s disease, kills cancer cells, relieves IBS and Crohn’s disease, stops seizures, fights Parkinson’s and Multiple Sclerosis, ends joint pain, migraines, and pain in general, relieves anxiety and stress like nothing else and much more. In fact, these things people see cbd do are almost unbelievable. But not only are the recoveries stories real, scientific evidence is mounting that CBD may be one of the most effective natural substances ever discovered.

Cannabidiol (CBD) is a cannabinoid. Tetrahydrocannabinol (THC) is also a cannabinoid. Cannabinoids are the powerful chemical compounds contained in the Cannabis sativa plant that provide amazing relief from numerous   health problems, even conditions that will not respond to other treatments, and they do so with none of the side effects associated with pharmaceutical drugs. The Cannabis sativa plant is sometimes called hemp and sometime called marijuana. How is it is referred to do is determined solely by the amount of THC contained within the plant.

THC is psychoactive, and although it has health benefits, it can make one feel euphoric, a very big no no! When the Cannabis sativa plant contains high levels of THC, it is called marijuana. When the Cannabis sativa plant contains low levels of the THC it is called hemp. It’s just that simple. You could smoke box car full of hemp and you wouldn’t get high. Both hemp and marijuana contain CBD to varying degrees depending on the genetics of the plant.

It can be very difficult to tell the difference between hemp plants and marijuana plants, even though hemp plants, in some cases, have been bred to grow taller and have thicker stocks. Bottom line, they’re still the same plant. The only difference as stated, are THC levels. Call it a case of mistaken identity (it’s actually more sinister) but whatever the case, hemp’s similarity in appearance to marijuana proved to be disastrous for the American hemp farmer, and ultimately for the health as well- being of us all.