The Revolution In Hemp 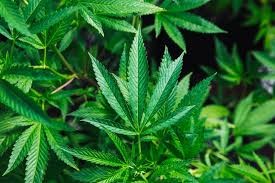 Renegade scientist, the kind that didn’t buy the party line, were starting to take a deeper look at the demon weed and what they found was profoundly different than what the government wanted the public to believe. A revolution had begun. Early studies showed that Cannabis sativa was not a dangerous drug, and in fact could benefit human health.   This is disturbing to say the least to a government committed to perpetrating a lie backed by draconian penalties for possession of even small amounts of Cannabis.

More and more studies showed that Cannabis had a wide range of medical benefits, and in some cases worked better than pharmaceutical drugs with virtually no side effects, as in the case of pain relief. Penalties for possession were increased, more people were locked up. It didn’t seem to matter. It was the 60s! Cannabis was skyrocketing. Now the government needed “real science” to bolster their case for the evils of Cannabis.

The government acted. The National Institute of Drug Abuse was ordered to subsidize studies that were purposely designed to prove the dangerous effects of Cannabis. It backfired. The studies actually showed even more health benefits of Cannabis and inadvertently led to a series of major discoveries about how the human brain worked!

Your endocannabinoid receptor system performs different task, but the goal is always the same: homeostasis, the maintenance of a stable internal environment despite fluctuations in the external environment… Balance!  Disease, as the Asians have known for 5,000 years is a condition of your body being out of balance. Western science had caught up. The cannabinoids found in Cannabis could help bring your body back into balance. Cannabinoids were not simply treating symptoms per se, like pharmaceutical drugs; cannabinoids were working holistically to heal your body by bringing it back into balance.

It didn’t work, the publics was now demanding access to Cannabis. Political action groups were popping up everywhere to legalize Cannabis for medical purposes. And they were somewhat successful. California became the first state to legalize the use Cannabis for medicine in 1996. Others would follow, but it was still illegal in most states even thought it was clear that Cannabis had effective medical applications.