The conspiracy surrounding hemp production in the US 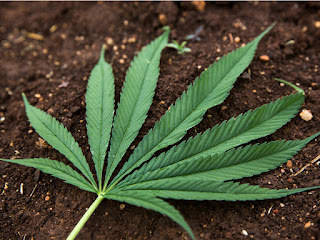 Early in the 20th century, companies began developing chemicals that were used in the processing of paper. DuPont was a leader in chemical development, not only for processing paper but also for pesticides, herbicides, and fertilizers that were used extensively by the cotton industry. Cotton uses far more chemicals for farming than hemp. Dupont’s friend, William Randolph Hearst, invested in timber and mills to produce that paper for his newspaper, which was the largest chain in the U.S. His investments in the timber industry were backed by Mellon Bank which also backed Dupont.
The owner of Mellon Bank, Andrew Mellon, was also the U.S. Secetary of Treasury at the time. Andrew Mellon’s niece was married to Harry Anslinger who had been the commissioner of the Alcohol Prohibition department of the Federal government. Like everyone else he was out of a job after alcohol prohibition ended. To keep his nieces ‘husband employed, Mellon created a new division of the Federal government, the Bureau of Narcotics, and made Harry Anslinger the commissioner. Needless to say Anslinger was delighted and would find a way to repay Mellon.

During the same time, machinery was being developed to make hemp processing easier and more efficient. This was bad news for the chemical, timber, and petroleum industries. It was bad news for DuPont, Hearst, and Mellon. Pharmaceutical companies that were creating new profitable synthetic medicines and drugs were also threatened by the popular and effective natural healing medicine derived from hemp.

Harry Anslinger heard rumors about Mexican immigrants smoking the flowers of the hemp  plant. They had their own name for hemp, “marijuana”. Anslinger say an opportunity to put the Bureau of Narcotics, and himself in the spot light, and he had found the way to pay back Mellon. He used the Mexican slang, marijuana, in place of the work hemp, and spread scary stories about “Negros and Mexicans” becoming violent while smoking marijuana, labeling it an extremely dangerous narcotic. Racism was rampant so his scary stories made the public extra fearful.

Hearst’s newspapers got on board and printed numerous articles about “evil marijuana” and of people committing rapes and murder while its influence. The lies sold a lot of papers but that wasn’t Hearst’s motive. He wanted to get rid of hemp and it worked. Of course the articles failed to mention the everyday uses of hemp (rope, fuel, textiles, food and health). Hemp is without a doubt the world’s most diversified and useful plant. That didn’t matter, fortunes were at state.

In 1937 the Marijuana Tax Act was signed into law, due in large part to the efforts of Anslinger and Hearst. Soon after, Anslinger ordered the hemp prohibition. He said his agents wouldn’t be able to tell the difference between hemp and marijuana, and that the farming of hemp made it too difficult to enforce the marijuana prohibition. That actually was true.  Hemp and marijuana was the same plant just different expressions. However, the real reason hemp was banned, we just learned , had nothing to do with its similarity to marijuana.

Dupont, Mellon , Hearst, and the pharmaceutical companies breathed a collective sigh of relief. It was illegal to grow hemp in the United States, except for a brief period during the second world war when farmers were allowed to grow hemp to provide badly needed fiber to the for the war effort. After the war was over, the military was orded to destroy all remaining hemp crops. Prohibition was the law of the land. Cannabis sativa was public enemy number one.