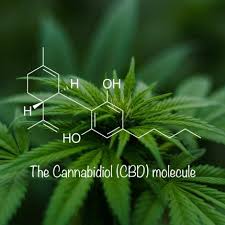 You might say the first wave of the CBD stampede happened with the advent of entrepreneurs who imported CBD hemp oil from Europe and China. As already stated, this had mixed results and was mostly over by the passage of the 2014 Farm Bill. Nevertheless, public interest in CBD oil continued to group rapidly. And then the second watershed event occurred.

On Dec, 20th, 2018 President Trump signed into law the 2018 Farm Bill. This bill seemingly cleared up all legal ambiguities surrounding hemp. It removed hemp (as long as it contained no more than 0.3% of THC) from the controlled substance list. Hemp was finally not under the jurisdiction of the DEA. The 2018 farm Bill stated, in no uncertain terms, that CBD products derived from hemp were federally legal. It blew the doors off. Demand was unprecedented. CBD was featured on virtually every news outlet. The 2018 Farm Bill also put CBD squarely under jurisdiction of the FDA, but CBD was still not totally in the clear.

The majority were selling inferior CBD products tied to outlandish health claims. Nevertheless, there were difficult to compete with because they had no qualms about crossing the line. There was also an increasing number of legitimate CBD companies entering the market selling solid CBD products. Second, competitors’ knowledge about how CDB actually worked with respect to the endocannabinoid system (ECS) was shockingly limited and usually erroneous. This was to be expected from the CBD hype companies desperately trying to was in the “CBD Fad”. But what was not expected was legitimate CBD companies also displayed a serious lack of knowledge about the ECS.