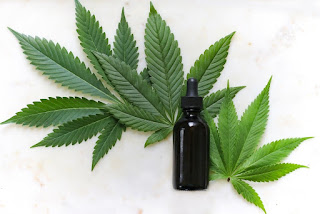 Whereas in the past, scientist had almost exclusively studied THC, now another cannabinoid was gaining prominence, CMD studies were showing that cannabidiol (CBD) had far more medical applications than THC and, unlike THC, CBD was not psychoactive. It delivered without getting you high. This was a godsend for people who felt uncomfortable with the psychological effects of THC

CBD actually counteracted the effects of THC. There was no temporary short-term memory disruption with CBD as can sometimes happen with THC. CBD actually improved memory and clarity. Clinical studies for CBD increased dramatically. The list of conditions that responded favorably to CBD was staggering! Scientific evidence mounted confirming the incredible effectiveness of CBD. While one branch of government, namely the DEA, was busy locking up users of Cannabis and threatening researchers of the devil weed, swearing that Cannabis had absolutely no medical applications and was a dangerous drug, another branch, The Department of Health and Human Services, was conducting its own research on cannabinoids in general and CBD in particular.

They were so impress with what they learned that they did something unprecedented, and did it with o press release. In fact, what they did was virtually unknown to anyone except the few who pore over patent filings. The Department of Health and Human Services filed, for and were granted a use of patent for cannabinoids!

Cannabinoids have been found to have antioxidant properties, unrelated to NMDA receptor antagonism. The new found property makes cannabinoids useful in the treatment and prophylaxis of wide variety of oxidation associated diseases, such ischemic, age-related, inflammatory, and autoimmune diseases. The cannabinoids are found to have particular application as neuroprotectants, for example in limiting neurological damage following ischemic insults, such as stroke and trauma, or in the treatment of neurodegenerative diseases, such as Alzheimer’s disease, Parkinson’s diseases and HIV dementia. Non-psychoactive cannabinoids, such cannabinoids (CBD), are particularly advantageous to use they avoid toxicity that is encountered with psychoactive cannabinoids at high doses useful in the method of the present invention. A particular disclosed class of cannabinoids useful as neuroprotective antioxidants is formula (I) wherein the R group is independently selected from the group consisting of H, CH3 and COCH3. CBD had become a superstar among the scientist who conducted Cannabis research. The general public was steadily becoming more aware of the health benefits of Cannabis in general but they knew very little specifically about CBD.