Two Brothers and a Dream in the US 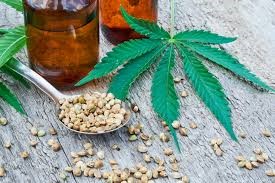 Entrepreneurs know an opportunity when they see it. The problem was that the CBD oil the Stanley brothers were producing came from medical marijuana. It was a strain that contained high levels of CBD and low levels of THC but it was still talked about as medical marijuana even though technically it was hemp.

The entrepreneurs had an idea. Hemp oil was quasi legal and had been so for some time after it had been challenged by the DEA and lost in court, even though the DEA retained jurisdiction. Hemp oil contains almost no THC and is non-psychoactive. The court found that it did not violate the Controlled Substance Act. The hemp oil that was sold in the United States at the time was imported because there was still a ban on hemp being framed in the U.S.  Hemp oil, if extracted properly, could contain CBD, lot of it.

No need to move to Colorado. No need to get a medical marijuana card. The races was on to find foreign sources of hemp oil, and then import it to the U.S. and market it as a dietary supplement. The demand for CBD was enormous, the profits would be huge. And that’s exactly what happened. Sort of …

Companies were formed and some of them became publically traded. Their stocks were promoted as investment opportunities. Hemp oil products said to be rich in CBD started showing up online. But the quality of the products varied widely. Most of the products came from hemp either grown in Eastern Europe or China. When the FDA did testing on some online CBD hemp oil products, they found that they contained very little CBD. Even worse, because of the contaminated soil that the hemp was grown in, some of the hemp oil products contained toxins and were making people sick. The  public now had access to CBD products but it was a mixed bag.

And then the first of two watershed events occurred. President Obama signed into law the Agricultural Act of 2014, aka the “Farm Bill.” The Agricultural Act permits the growth and cultivation of industrial hemp in states were hemp has been legally approved to grow as long as the hemp grown complied with the conditions set forth in Section 7606 of the bill, “The plant Cannabis sativa L. and any part of such plant, whether growing or not, with a delta-9 tetrahydrocannabinol (THC) concentration of not more than 0.3 percent on dry weight basis.”

Unlike marijuana, Federal law now allowed for cultivation, processing and marketing of hemp products under certain conditions, but there were still ambiguities about the legal status of hemp. That being said, hemp’s 70—year nightmare was coming to an end.

In Colorado, the Stanley brothers were not the only brothers growing high CBD how THC Cannabis that now fit the Federal definition of hemp. Enter the Hammer brothers, Chris and Justin. Both brothers were pioneers in Cannabis cultivation, working for years as growers of Cannabis for medical purposes. There were way ahead of the curve and had been painstakingly perfecting a proprietary strain of Cannabis that had extremely high levels of CBD and very low amounts of THC.

They were totally committed to making CBD rich hemp oil available on a large scale, having witnessed the healing power of their proprietary strain on many severely ill people. They moved to Colorado and set about actualizing their dream.

Thanks to a strategic alliance with local farmers, in 2015 the Hammer brothers produced the largest grow of CBD rich hemp in the United States. Not only were they expert growers of hemp, they had wide experience procession the harvested plant material. That experience led to them producing, without question, the finest CBD rich hemp oil on the market. We verified this by lab testing virtually all of the CBD products being offered online at that time. Nothing compared. But the Hammer brothers had one big problem. They were not marketers.