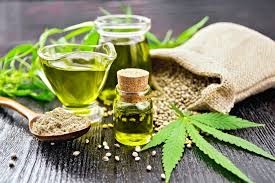 From the age of three months, Charlotte suffered from Dravet syndrome, a rate and catastrophic from of intractable epilepsy that begins in infancy. By the age of two, Charlotte started disconnecting cognitively and experienced autism-like behaviors: self-injury, violence, and reluctance to make eye contact. By the time she was five, she was experiencing up to 300 seizures a week, many lasting hours at a time. She was on seven drugs, some of them heavy duty addictive once such as barbiturates and benzodiazepines. They’d work for a while, but the seizures always came back with a vengeance. Her condition was severe that, at one point, her parents, Matt and Paige Figi, had signed a do-not resuscitate order.

Charlotte was in and out of the hospital and lived in a wheelchair, unable to talk or even swallow. Matt and Paige had exhausted every option and were told that nothing more could be done for their daughter. Luckily for Charlotte, they lived Colorado.

After researching Cannabis and finding astounding testimonials, the Figis went about the extensive process of obtaining Cannabis oil that had a high CBD content for Charlotte. When they found it and got two doctor’s permission to give it to Charlotte, the result were immediate. Going from 300 seizures a week to not having a single one in the first seven days of treatment was a clear sign that the Figis had stumbled onto something extraordinary.

The CNN documentary was one of the most widely watched documentaries in history. The demand for CBD exploded. The documentary also featured the Stanley brothers, who were dispensary owners and small growers of the strain of CBD rich Cannabis that helped Charlotte. The brothers eventually named the Cannabis strain Charlotte’s Web after the little girl they helped.

Cannabis oil extracts were legal in Colorado and, immediately after the documentary aired, entire families were leaving everything, friends, jobs, relatives, and heading to Colorado to obtain the now famous Cannabis extract to tread epileptic children. The demand was overwhelming for the Stanley brothers. Soon they had a huge waiting list of people who were literally begging for the oil.

The Stanley brothers ramped up production but it wasn’t enough. More and more people were demanded access to CBD. During his documentary, Dr. Sanjay Gupta reported on the other serious conditions, and showed how CBD could help when nothing else seemed to work. Two more one – hour documentaries followed, that were equally popular. CBD went mainstream. The public wanted it now! This was not lost on the business world.